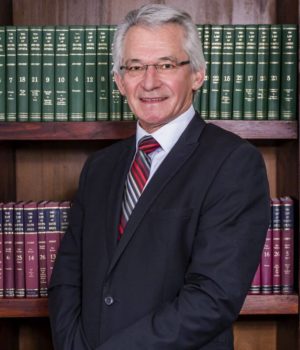 Allen West was the Chief of Deeds Training from 1 July 1984 to 30 September 2014. He is the co‑author of numerous books on conveyancing and has published more than one hundred articles in leading law journals. He also regularly posts articles on Ghost Digest. Allen is also a lecturer extra-ordinary at the University of Pretoria and a moderator and consultant of Conveyancing subjects at Unisa. He has presented courses for the LSSA (LEAD) since 1984 and has served on the following boards: Sectional Title Regulation Board, Deeds Registries Regulation Board, and Conference of Registrars, as well as numerous other related committees.

Allen was the editor of the South African Deeds Journal (SADJ), since its inception until September 2014.

Allen West obtained his qualifications (NDRD) from Unisa and has also studied at the University of Wisconsin Madison. Allen underwent articles in 1982 with the firm Mike Odendaal Ferreira and Davel.