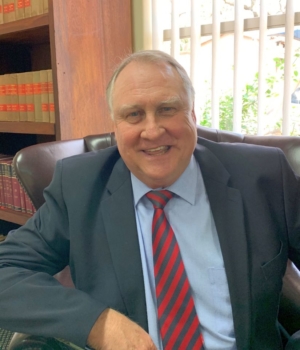 Johan Loots (B.Proc) is a graduate of the University of Pretoria.

He was a commissioned Legal Advisor in the South African Air Force with the rank of Captain.  He commenced with his Articles of Clerkship in May 1982 and was admitted as an Attorney of the High Court of South Africa on 12 June 1984.

Johan was senior partner of Van Der Burgh & Loots which amalgamated with the Late Louis Shapiro on 1 September 1997 and joined forces as a Consulting Attorney of AM Theron on 1 March 2019.

During 1990 Johan was appointed as a Specialist Examiner and has since 1999 served as a Moderator for the Attorneys Admissions Exams for the Law Society of the Northern Provinces until November 2019.